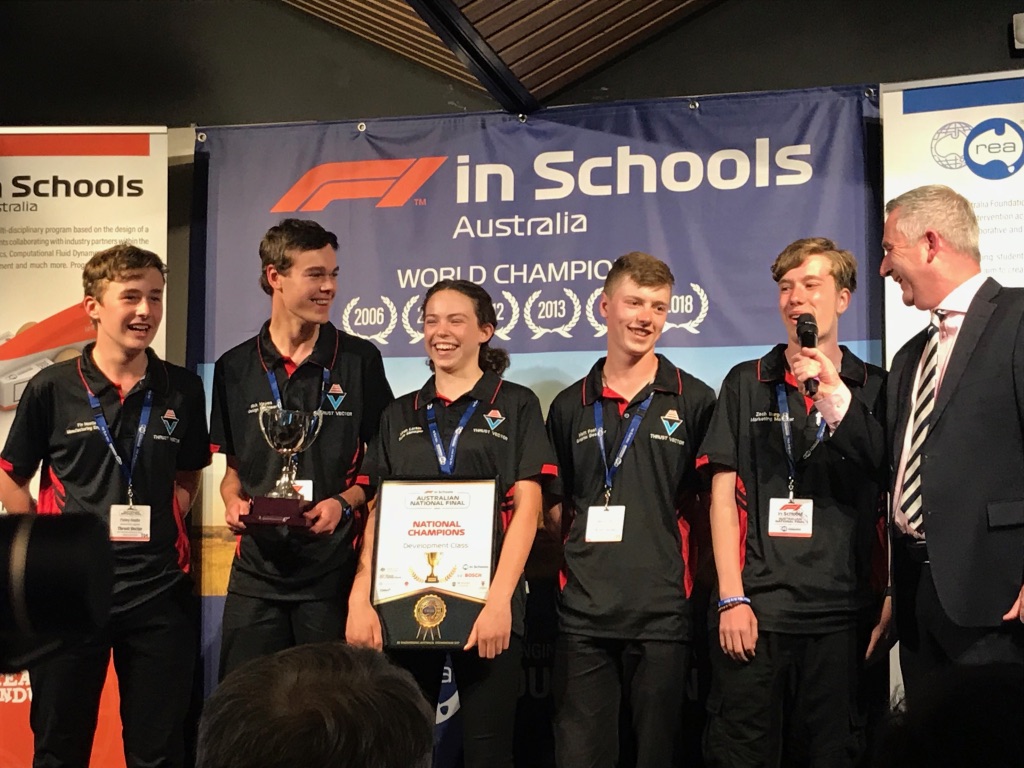 The F1 in Schools Challenge is the world’s foremost student competition for Science, Technology, Engineering and Mathematics (STEM).

Teams from 44 countries are competing in this year’s Challenge.

The team had wins in the regional finals and then the state finals.

“We were impressed with the many hours the team put into the Thrust Vector project during and after school,” he said.

“Taking out the national championship was testimony to their hard work and dedication.

“The F1 in Schools Challenge assists young students to develop skills and knowledge that will benefit them for years to come.”

The teams also use a 3D printer to produce parts such as spoilers and wings to fine tune their design.

The CO2 gas cylinder-powered cars can reach speeds in excess of 100 kilometres per hour.

They are timed to one-thousandth of a second as they travel in pairs along a 20 metre track.