Porsche Cars Australia (PCA) is pleased to announce the creation of the Porsche PAYCE and MICHELIN Virtual Cup Australia. 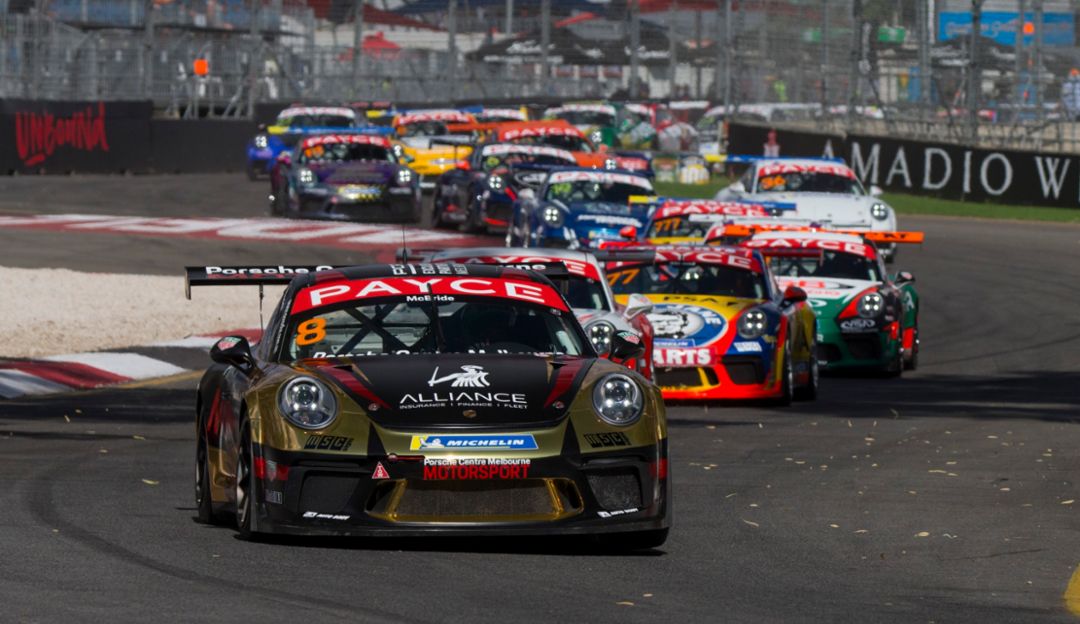 The intention of the new virtual Porsche Championship is to provide fun, online race events for Porsche PAYCE Carrera Cup and Porsche Michelin Sprint Challenge drivers (from the 2019 and 2020 seasons) to race each other on the iRacing platform.

Porsche will also extend invitations to past Carrera Cup legends for guest appearances at each race, allowing current drivers to take on some of the former greats of the series. An official Porsche Motorsport Australia car will also be entered for each round to provide guest appearances from a range of Porsche drivers from around the world.

In addition, a mystery guest driver will compete for the full season in the Geisterfahrer (Ghost Driver) Car with fans invited to guess who he/she is at the end of the series to stand a chance of winning a range of prizes.

To keep the teams involved, each team competing in either Series will also be allocated a ‘Team Car’ for one of the six rounds. This car provides one team with the opportunity to nominate a driver who is part of the working crew as the Team car driver for that event.

As in the real world, the six-round virtual championship will be split into two classes: Mobil Pro and Pro-Am, with races taking place every second Monday, commencing 4th May.

A highlights video including post-race coverage of each event will be promoted via Porsche Motorsport Australia social channels and posted to the CarreraCupAus Youtube channel on the Friday evening following the race, with commentary from Carrera Cup series commentator, Richard Crail.

Entries will be limited to 45 competitors per race (depending on the track allowance) with all drivers utilising the Porsche 911 GT3 Cup Car provided by iRacing.

The provisional race format each Monday evening will include a 30-minute Practice, 20-minute Qualifying (all cars) followed by two races.