Team PAYCE member, Chris Pither, has won this year’s Dunlop Super2 Drivers Championship in GRM’s #44 Commodore after a strong finish to the season at the Newcastle 500 round. Super2 is the second-tier series to Supercars 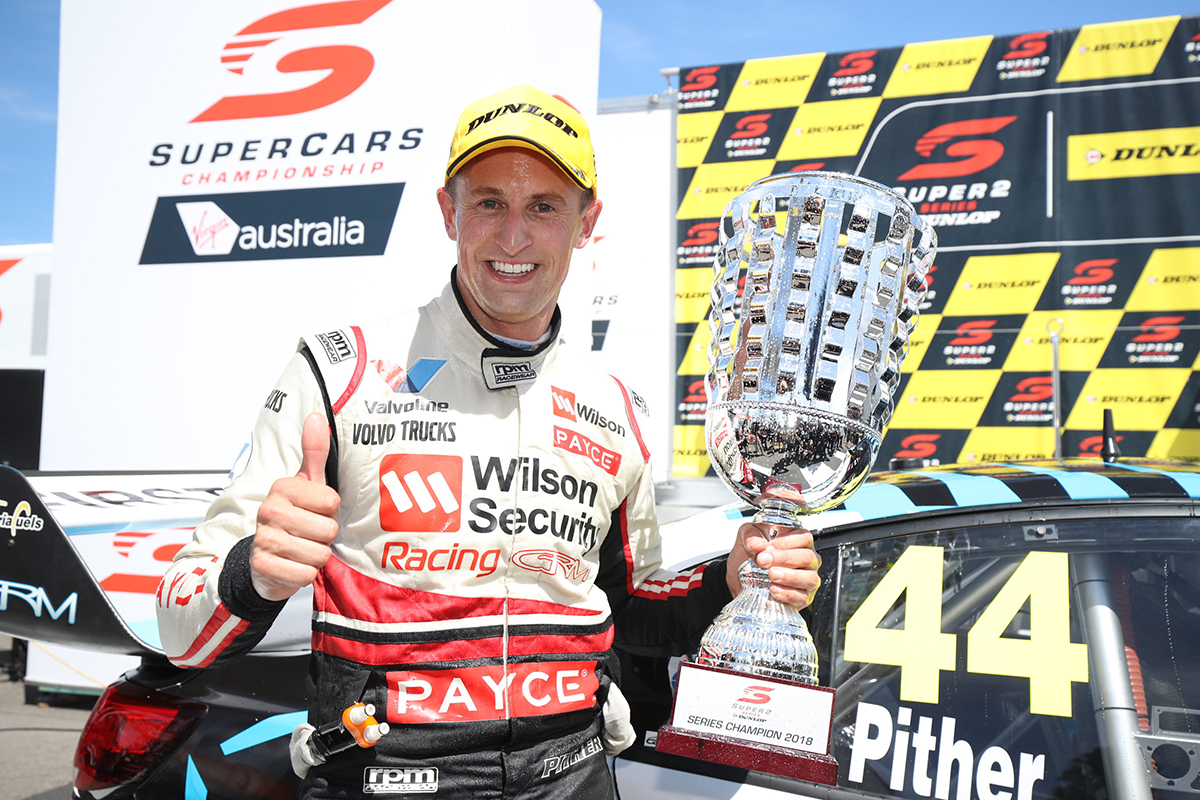 Chris also collected the series’ trophy for most poles during the season, racking up five front row positions across the seven rounds, including two at Newcastle.

The New Zealander had a strong consistent year in his return to the series and never finished further down the order than seventh, except on one occasion. His best Super2 performances before Newcastle were wins at Symmons Plains and Townsville and third in the Bathurst enduro. He also partnered teammate, Garth Tander to finish sixth place in the Bathurst 1000.

Chris led the point score going into the Newcastle round – the final for the year – but had last year’s winner, Paul Dumbrell and Garry Jacobson within striking distance.

He was off to a good start in Friday’s second practice, topping the times and he maintained that form on Saturday with fastest time in qualifying and second in the race later in the day.

On Sunday, Chris once again put the #44 Commodore on pole for that day’s race and was leading the race before it was red-flagged after 10 of the planned 20 laps and not re-started.

After Sunday’s race and being declared champion, Chris said he was over the moon for the entire team.

“There are a lot of people that all play a role in putting a championship together and I’m just the lucky guy that gets to steer the car around the track,” he said.

“It is a credit to everyone that contributed to the whole program, our sponsors, Wilson, PAYCE, Paynter Dixon and everyone else that has supported me through my career.”