The Porsche PAYCE Carrera Cup field of 21 cars made a welcome return to the Townsville Reid Park street circuit for round five of the championship. 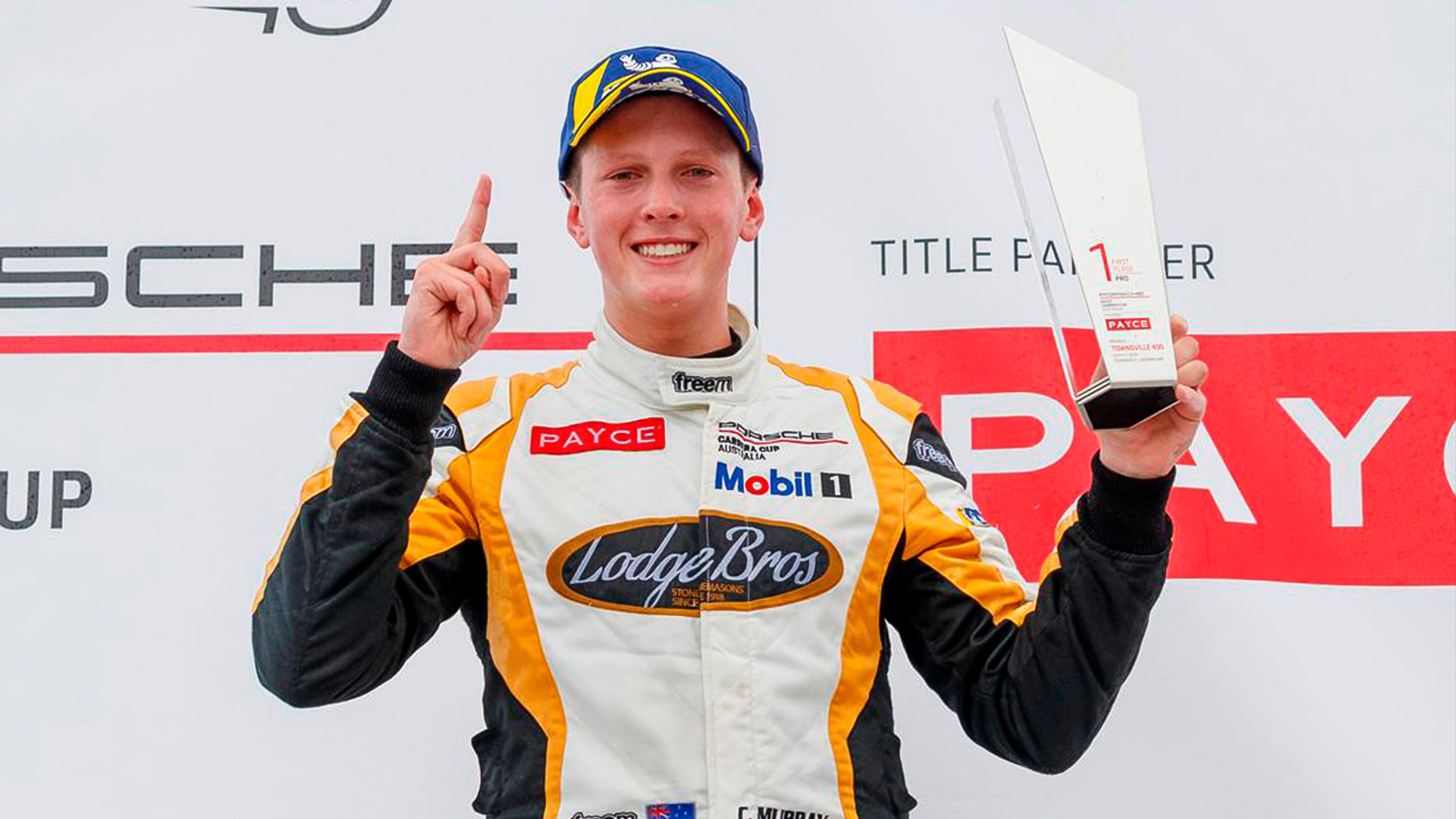 Townsville marked the start of the second half of the season and to date there was no one team or driver dominating the Outright championship.

Coming into this round there had been 13 races, with five different race winners in both the Pro and Pro-Am classes. Dale Wood headed the points in Pro class and Anthony Gilbertson had a handy lead in the Pro-Am class.

After the racing this weekend, another name was added to the list of race winners, following Cooper Murray’s clean sweep of all three races.

The practice sessions on Friday were held on a wet and drying track – surprisingly, the first time the meeting had experienced wet conditions.

Michelin Junior driver, Thomas Maxwell made the most of the wet track in session one to top the times, with points leader Dale Wood and Michael Almond close behind. Team PAYCE driver, David Wall was just four-tenths of a second off the lead time to be sixth fastest. Testimony to the competitiveness of the field was that the first 12 cars were less than a second apart.

The second practice held on a drying track saw Jordan Love top the times, despite recovering from surgery on a hand, with Dale Wood and David Wall not far off the best time.

In contrast to the day before, qualifying was held in bright sunlight and produced the surprise of the season, when Pro-Am driver, Roger Lago out-qualified the entire field on times to take his first pole and be the first Pro-Am driver in the history of the series to start a race as polesitter. Roger’s time was totally unexpected as he finished twelfth in combined practice times.

The race itself produced another big surprise when 17year-old Michelin Junior driver, Cooper Murray, starting from position two, took a commanding lead from turn one and was never headed.

In notching up his first ever race win, he set a new lap record and becomes the youngest driver to win a race in the Carrera Cup series.

Race two was the longest of the three races in the round and points were up for grabs for the Endurance Cup as well as for the season championship.

Proving his race one win was no fluke, Cooper Murray won race two by the biggest margin in the history of the series, with a gap of 11.4 seconds to the second place finisher.

While Murray had a relatively trouble-free run, he didn’t have it all his way at the start. Warren Luff charged through from the second row and looked to take the lead, but Murray stood his ground and on exit was in front and away. Behind him though there was plenty of action. Luff had second place sewn up until he misjudged a high kerb and damaged the front of his car, allowing Almond to pick up the spot and follow Murray home.

In race three, Murray was again on pole and full of confidence. When the lights went out, it was Almond this time who challenged for the lead as the field approached turn one. Once again, Murray swept to the front and leading when a safety car was deployed after Steven Richards hit the wall. The restart was clean and Murray was able to establish a good break and take a well-deserved win. Dale Wood and Jordan Love were rewarded with second and third placings after displaying good form throughout the round.

Wood comes away from Townsville still on top of the leaderboard, while Roger Lago jumped up to take the lead in the Pro-Am class.