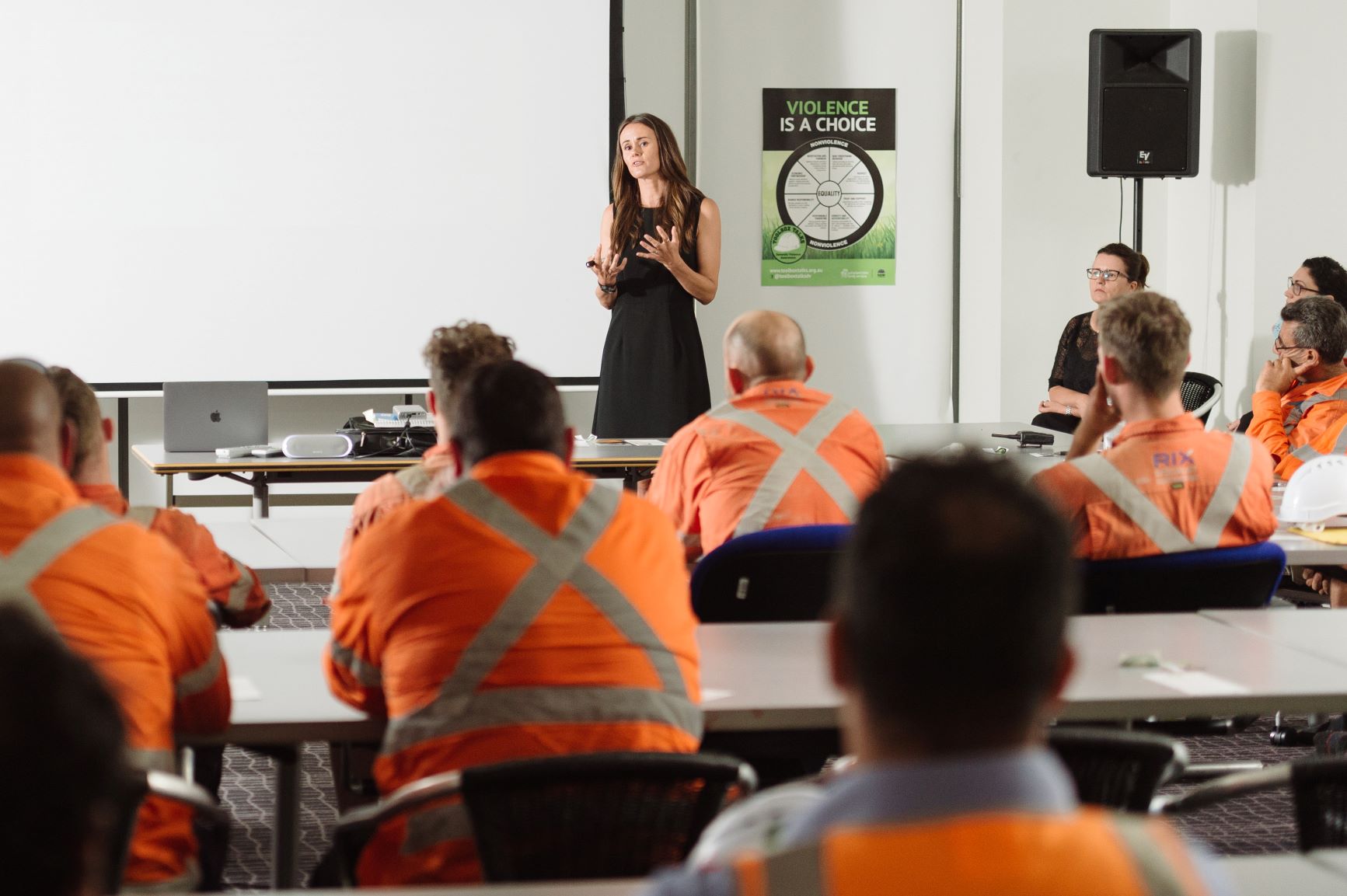 Leading property and investment company, PAYCE, has been a long-time supporter of Sutherland Shire Family Services through its philanthropic arm, PAYCE Foundation, and was one of the key organisations in the construction industry to initially come on board and support the Domestic Violence Toolbox Talks program.

The program aims to harness the power of good men and create a shift in culture to empower all men to stand up against domestic violence.

“The program objective is to begin a conversation on the far-reaching impact of domestic violence, as well as offering practical solutions for men to identify and respond appropriately if they recognise or suspect violence is occurring,” Ms Manns said.

“Sutherland Shire Family Services has a great track record helping people in crisis and when this project was conceived we were pleased to lend our support,” he said.

It is a 10-year project which will include 6000 new apartments, a new town centre, parks and community facilities.

“Commencing today we want as many construction workers on the site as possible to participate in the program,” he said.

“Through the PAYCE Foundation we are committed to assisting people in crisis and this domestic violence program addresses one of the biggest issues facing our community.”

The Toolbox Talks program was one of just seven, first round successful applicants in the Domestic Violence Innovation Fund announced in 2017 by the NSW Minister for the Prevention of Domestic Violence and Sexual Assault, Pru Goward.

The program has already been held across 12 building sites with over 3500 men participating.

“With the support of government and organisations like the PAYCE Foundation we aim to build awareness on all forms of domestic violence as a key safety issue,” Ms Manns said.

“We believe the program will, in time, have a significant impact on the current disturbing domestic violence statistics.”