Two PAYCE projects – Harts Landing at Penrith and Jewel/Pierside at Wentworth Point – have been named finalists in the 2019 Property Council of Australia‘s National Innovation & Excellence Awards. 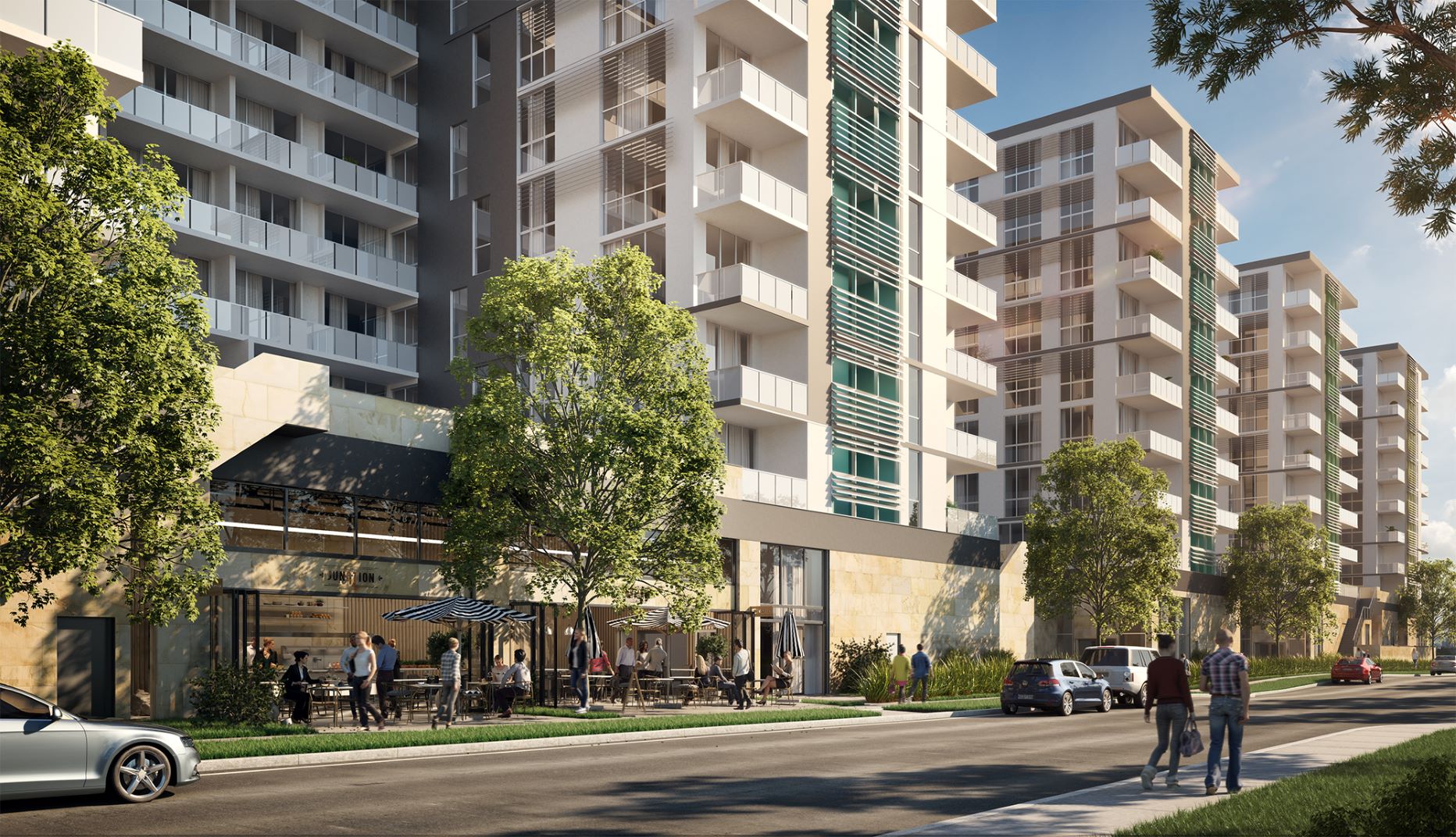 The finalists will be judged by the Council’s national panel of industry representatives and the winners announced at a Gala Dinner and Awards Night at the International Convention Centre in Sydney on 17 May 2019.

The prestigious awards provide an opportunity for the Australian property industry to recognise exceptional projects, businesses and professionals across the country and reward both leaders and up-and-coming talent.

PAYCE Director, Dominic Sullivan said Harts Landing was a wonderful opportunity to create something special in urban renewal on a vacant site, close to jobs, transport, shopping and recreational amenities.

“Harts Landing demonstrated how community housing providers and private developers worked together along with government to successfully provide affordable accommodation and where residents enjoy a wonderful lifestyle and the benefits of a host of amenities at their doorstep,” he said.

“Congratulations to our development partner, Evolve Housing and to all the team who contributed to this outstanding, unique project,” Mr Sullivan said.

The project has already picked up a number of major awards, including Best Affordable Housing Development in this year’s Urban Taskforce Development Excellence Awards and a Highly Commended Award for Business Partnership in the PowerHousing Australia Awards.

Located adjacent to the Sydney Olympic Park ferry wharf terminal and bus terminus at the northern tip of Wentworth Point, Jewel and Pierside were developed jointly by PAYCE and Sekisui House Australia.

“Pierside’s al fresco dining and relaxed environment, along with the expansive water views have proven to be a popular drawcard for local residents and thousands of visitors to the area,” he said.

Mr Sullivan said the Property Council of Australia Awards are among the most coveted in Australia and he looked forward to the award winners being announced next year.