Great weather conditions this year and strong community support paved the way for another successful running of the PAYCE Sutherland 2 Surf. This year marked the 46th year of the event and the participants enjoyed a beautiful winter’s day with plenty of sunshine and perfect weather for the 11 kilometre fun run and walk. 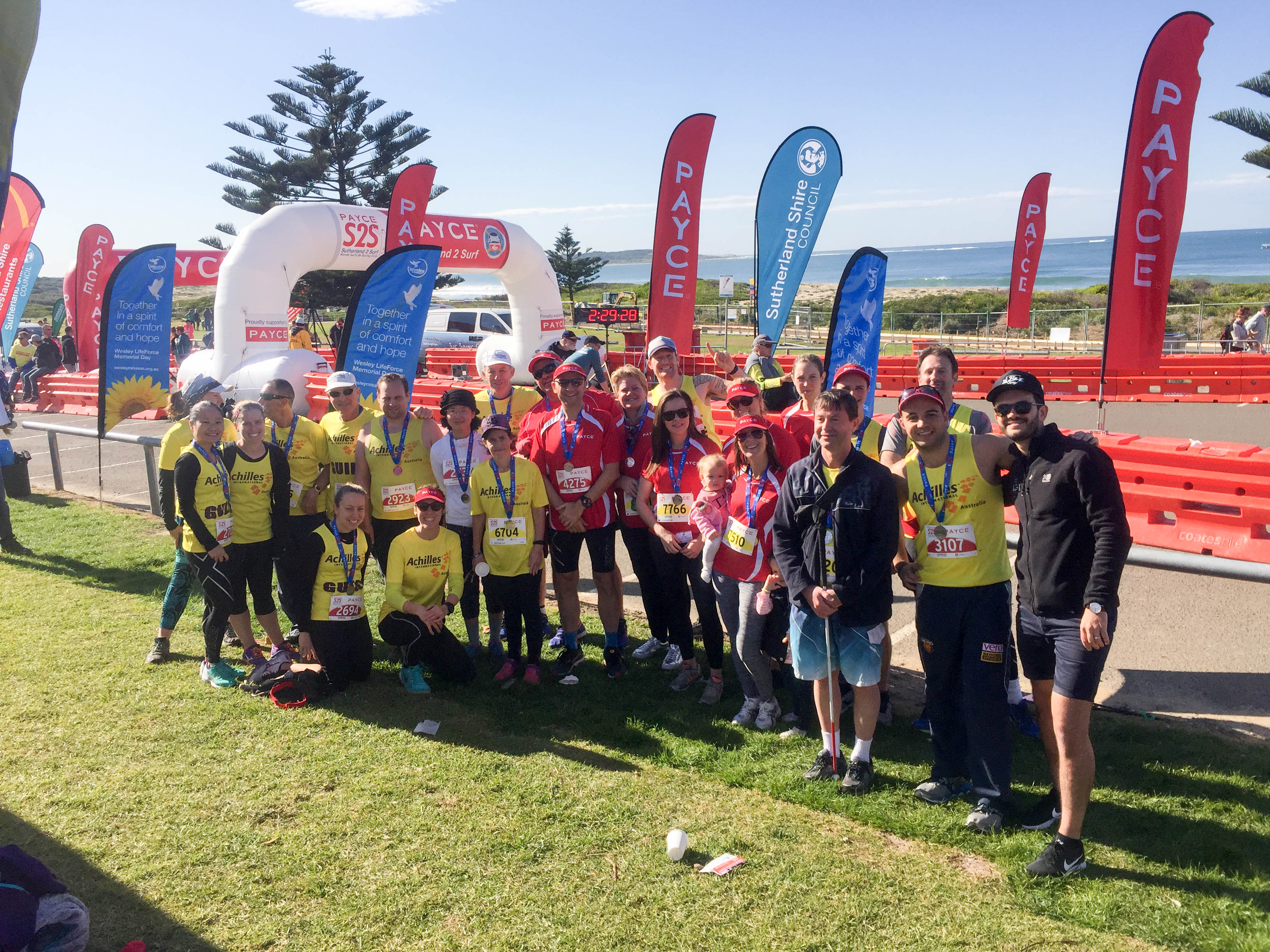 PAYCE continued its proud association with the annual event as primary sponsor and this year also sponsored a team of ten visually-impaired members from Achilles Australia. PAYCE staff also volunteered as guides to accompany team members on the course.

Over 5300 participants either ran or walked the full length of the course in the Shire’s longest running community event. The event attracted a number of elite athletes who used the opportunity to compete as part of their training regime for future national and international events.

First runner across the line was Liam Adams in a time of 32 minutes 3 seconds, followed closely by James Nipperess and Harry Summers in third place. James competed in the marathon at the Rio Olympics and is in training hoping to qualify for the Commonwealth Games on the Gold Coast next year.

First female competitor home was former local, Bridey Delaney, who finished 12th outright in a time of 37 minutes 18 seconds. She was followed in by Leanne Pompeani and Naomi Cooper in third place. Bridey is another ambitious athlete looking to qualify for next year’s Commonwealth Games, where she hopes to compete in the 10 kilometre run.

In addition to awarding prizes to the major winners and placegetters in the various categories, all 5343 competitors who completed the course received a commemorative medal to mark their achievement.

PAYCE Director Dominic Sullivan said the iconic event continues to be one of the best organised and supported sporting and community events of its type and caters for people of all ages and fitness levels.

“As Wanda Surf Life Saving Club’s major fundraiser for the year it provides much-needed funds to enable its volunteers to continue to assist and protect beachgoers at Wanda,” he said.

“This year the club invited Wesley Mission’s LifeForce Program and its sister service, Wesley Lifeline Sydney & Sutherland, to be major charity partners in recognition of the wonderful community services they provide,” he said.

Mr Sullivan congratulated Wanda Surf Life Saving Club on its organisation of the 2017 event and thanked the many volunteers and supporters for their contributions to the success of the day.